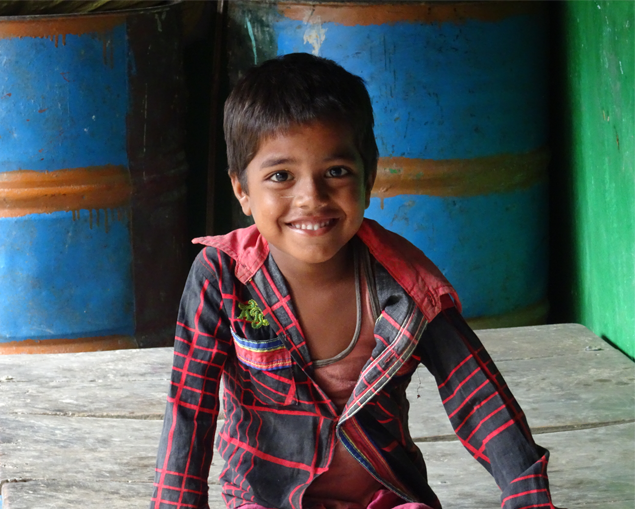 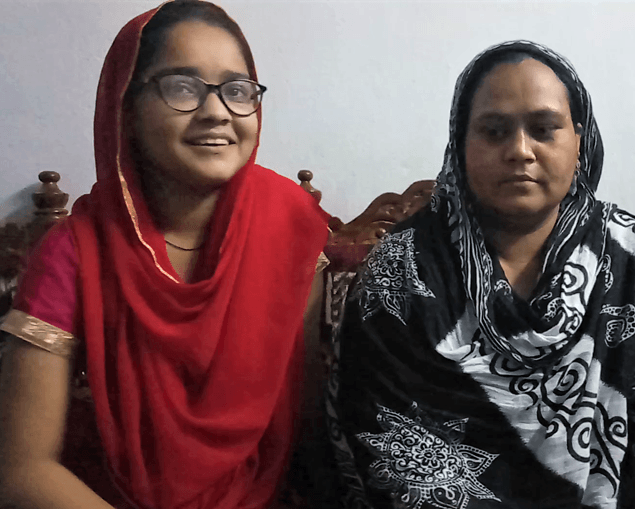 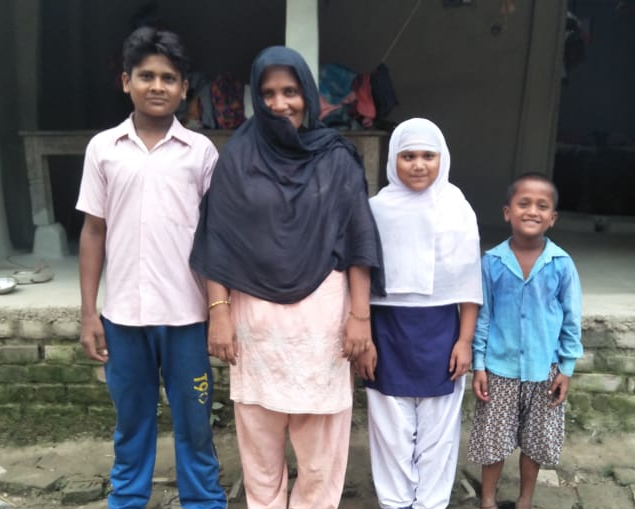 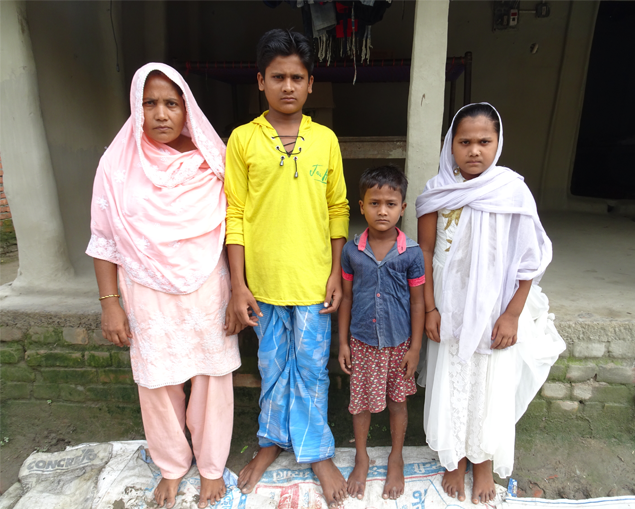 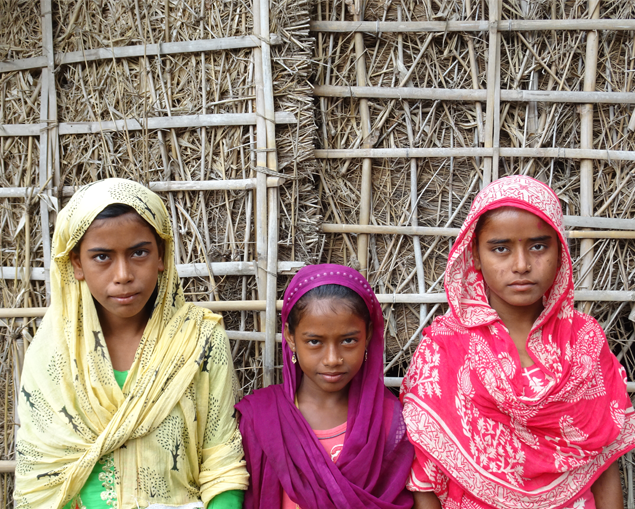 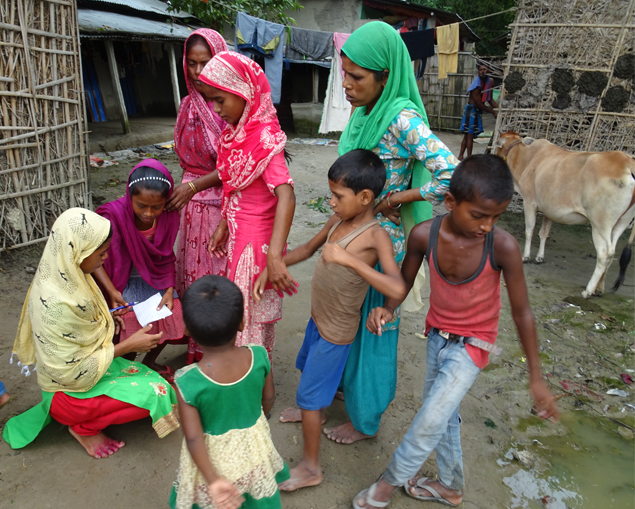 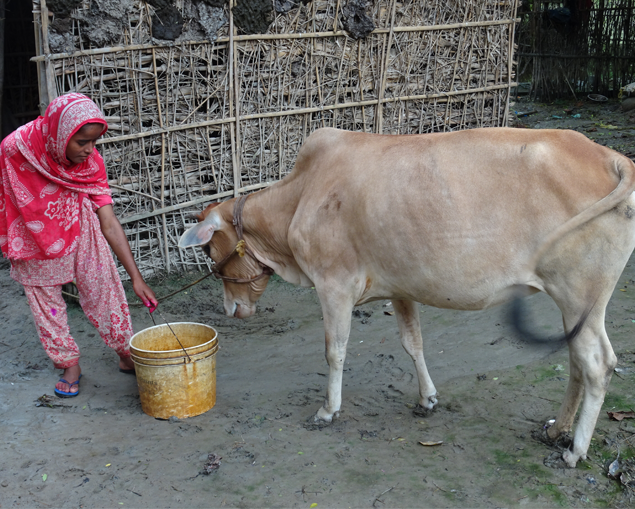 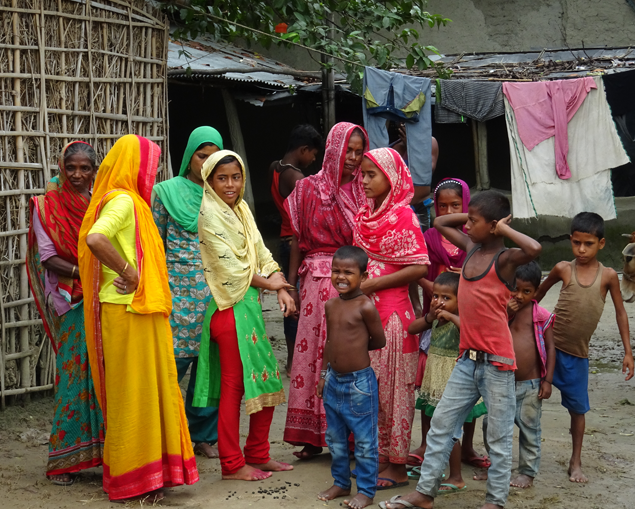 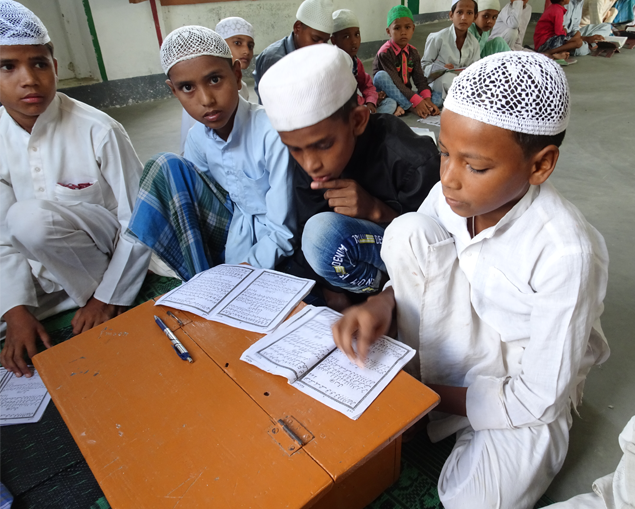 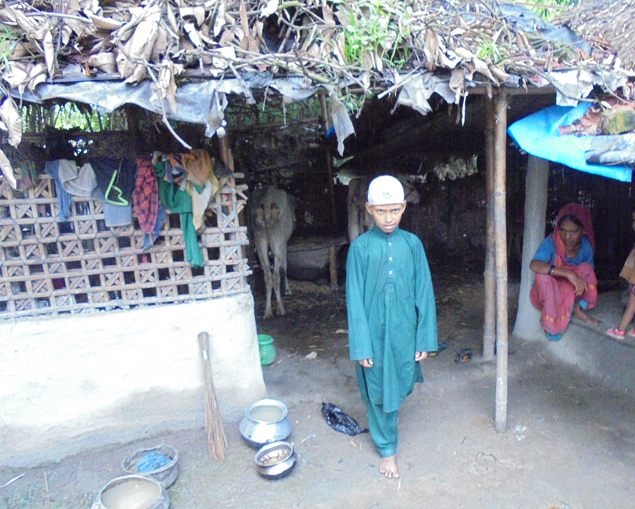 Response USA, is implementing this project  in Bihar and provides monthly financial assistance to orphans for meeting their basic needs including food, education and shelter. Majority of the enrolled orphan children are from Araria District, which is one of the most backward districts in India. These orphans were selected after conducting a comprehensive assessment that included  visiting the identified families, meeting with the orphans, reviewing their documents, checking if they were being supported by any other organization etc.

‘I wish I could feed and educate my daughters’

Shubhadra is about 30 years old, mother of two daughters – Kabita and Amrita (10 and 4 years). She lives with her husband Aghnu and mother in law, Sibarati in a remote village of Dhanusha district of Southeastern Nepal that borders with the Indian state of Bihar. Shubhadra and her family belong to Musahar community, which are Dalits – the lowest of Hindu caste system and considered ‘untouchables’. This five-member family lives in a thatched house whose roof is badly damaged and covered with old plastic sheets and used clothes. They have been living in this house for years without kitchen, drinking water and latrine facility.

Shubhadra got married at the age of 15; she gave birth to four children-only two of which are alive. Sarita, her eldest daughter was 10 years old when she went to collect firewood in nearby forest, and fell down from a tree and died. Shubhadra’s son, Suraj died at the age of three months due to pneumonia, which is a curable disease but the family could not afford the cost of medical treatment. Her mother in law, Sibarati is almost blind and has not been able to access medical care due to lack of resources.

Shubhadra’s husband Aghnu had to sell his piece of land for 25,000 Nepalese rupees ($219) for his father’s medical treatment and ultimately used the remaining amount for performing his death rituals in 2017. Aghnu borrowed two thousand Nepalese rupees ($17.5) from a moneylender at 5% monthly interest and went to India for earning livelihood for his family. Unfortunately, Aghnu got sick in India, could not earn any income and returned to Nepal after few weeks with empty hands. ​​Since Aghnu had already sold his piece of land and had no source of income, he could not pay back his loan. Aghnu is mentally disturbed now and no one hires him for labor in the area. Subhadra is the sole breadwinner for the family; she works in the fields and mostly gets unprocessed rice as in-kind wages. There are days when she does not get work and her family members have to sleep with empty stomachs.

​Two weeks ago, Subhadra gave birth to another baby girl and when Response USA volunteers delivered to her clothes and gifts for the new born, bedding items and hygiene supplies along with a food parcel to meet the family needs for almost one month, she was almost in tears. She thanked the generosity of Response USA donors for helping her family and said: “I wish I could feed and educate my daughters so that they do not have to struggle and suffer as I have been doing throughout my life”